Originally posted on lipstickzngunz:
I’ll be honest with you guys, I put Gucci in a category. I just knew this book was gonna be hood as the West End Mall. I was thinking I’d need a translator to cypher through the slang. Pre judgment at it finest. I’m only human. I was sorta surprised when I notice Gucci himself was the author; after the first few chapters I quickly learned why. Well duh Lipstickzngunz its La Flare is a hustler. Thats the long and short of it. Period. Neil Martinez-Belkin former music editor at XXL magazine lent his expert touch as well. I mean since he’s written a ton about hip-hop why wouldn’t he. The rollercoaster ride of Mr. Burrrrrr starts out with humble well sorta humble beginnings deep in Alabama before we end up at the Texaco or Sun Valley, and long before Gucci becomes Atlanta Trap God. We meet his family and learn the meaning behind the name. After all none of us calls him Radric. I learned a bunch. So many Atlanta…

Originally posted on Life of Chaz:
Oathbringer by Brandon Sanderson Amazon – Oathbringer GoodReads – Oathbringer Author – Brandon Sanderson Dalinar Kholin’s Alethi armies won a fleeting victory at a terrible cost: The enemy Parshendi summoned the violent Everstorm, which now sweeps the world with destruction, and in its passing awakens the once peaceful and subservient parshmen to the horror of their millennia-long enslavement by humans. While on a desperate flight to warn his family of the threat, Kaladin Stormblessed must come to grips with the fact that the newly kindled anger of the parshmen may be wholly justified. Nestled in the mountains high above the storms, in the tower city of Urithiru, Shallan Davar investigates the wonders of the ancient stronghold of the Knights Radiant and unearths dark secrets lurking in its depths. And Dalinar realizes that his holy mission to unite his homeland of Alethkar was too narrow in scope. Unless all the nations of Roshar can put aside Dalinar’s blood-soaked past and stand together–and unless Dalinar himself can confront that past–even the restoration…

Originally posted on Lucy Snewin:
So heres to another London post. I went up to London to celebrate one of my friends 21st birthday! This included the visit to Pizza Union, Sky Gardens and then drinks and dinner in Southgate at Giraffe. The weather in London on the day wasn’t great and was pretty much your typical British weather, dreary and wet. But we still made the most of it! The sky garden is located in the nicknamed building – Walky talky, because it really does look like one! Looking around the 34 storey building was amazing! It had such a ambient atmosphere! There were drinks and cakes you could purchase I shared a hot chocolate and slice of cheesecake with my sister, but I could have had one to myself it was so yummy! However the prices were a little much, but what can you expect its London?!? Once we got to the top the views were amazing! If only the weather had been better and we could have gone outside onto the balcony…

Originally posted on Me, Myself and Everything Else:
Happy Monday Babes! Today I wanted to talk about something I really love and that’s Disney! I’m sure you could already tell from previous Disney posts or my instagrams: since the time I was little Disney has been something I’ve loved.? I’ve gone with my family many times as a kid and growing up, and then with friends as I got older, and now Nick and I have made it our thing. We enjoy the parks and the movies and it’s something we love even more now that we live in Orlando. When we got here one of the first things we did was we got season passes and they are the best! They have no blackout days and make it so we can go whenever we want even if only for an hour or two (which we’ve totally done!). One thing Nick and I have enjoyed though is finding things that aren’t so “Disney” in Disney. What I mean is sometimes it’s nice to find something… 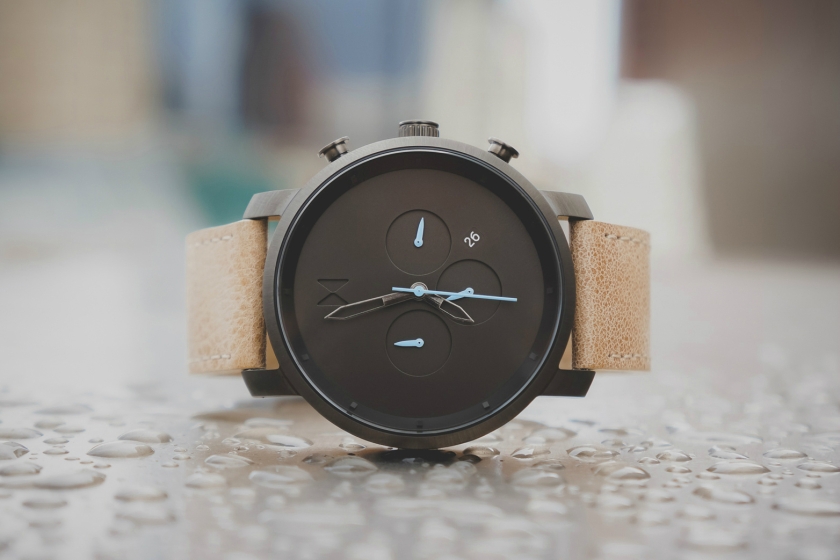 Originally posted on Me, Myself and Everything Else:
Happy Wednesday! This week has been something else! I have lots to share soon but until then I wanted to share a company I’ve been loving lately. I also want to mention this is not a sponsored post.? MVMT watches have been getting more and more popular lately and with their?cool crisp style I can see why! The minute I saw them I new I had to have one! I originally snagged one for my boyfriend ?and he loves it as well! After seeing how much he loved his, he surprised me (with my not so subtle hints) with one for Valentine’s Day!? About a month after having my watch I noticed the time kept being off. No matter how many times I reset it or fixed it, I would look down later and it would be off.? I emailed MVMT and within 5 minutes I had a response back from customer service with another way to reset it. I tried, but sadly it didn’t work! So…

Originally posted on ISOBEL FRANCES:
Recently I was given the opportunity to try out ‘Spectrum’ brushes and of course I jumped at the chance because WHY WOULDN’T I WANT PINK BRUSHES IN MY LIFE!? If you haven’t seen this brand floating around Instagram then, quite frankly, you’re missing out because every time I see a pic of these adorable mermaid-inspired brushes I die a little inside. The brand are PETA registered, vegan trademarked and cruelty free (YAAS) and claim to be the leading brand in trend lead makeup brushes with professional performance. They have also been used by the stars of TOWIE, Geordie Shore, MIC and many more. I was very kindly sent the ‘8 Piece Eye Blending Set’ which retails for £29.99 and can be purchased HERE. I unboxed the brushes on camera in an unboxing video over on my YouTube channel so if you wanna see my overly-excited initial reaction to the cuteness click HERE. I definitely said ‘cool’ WAY too many times in that video so here I plan to share my thoughts in a little…

Originally posted on Cookies + Sangria:
Tomorrow the second season of Hulu’s Difficult People premieres which means you have 24 hours or less to catch up (or at least start the first season if you haven’t already). If you haven’t heard of it, let me introduce you to a show about the most ridiculous human beings who you love and dislike greatly at the same time. Basic Plot https://youtu.be/WWcEktio9Is As best friends living in New York City, Billy and Julie’s typical, irreverent behavior lands them in some very awkward situations. It’s obviously not high concept, so it’s nothing like your Orphan Blacks or Mr. Robots. Think of it like Will & Grace meets… a less boring version of Seinfeld? But you know what else isn’t high concept? The reasons why you should start watching and catch up to ALL 8 EPISODES FROM THE FIRST SEASON (!) just in time for season two. Queen Amy Poehler Is Responsible For This Gem If you trust Queen Poehler’s comedic chops, then you should probably at least give this show a…

Originally posted on The Sunflower Cafe:
I’ve heard people jokingly (and not so jokingly) ask if the end of superhero movies is near. The thing is, superhero movies have become their own genre so to ask for an end would be like asking for the end of romantic comedies, horror movies, or spy thrillers. Also, superhero movies aren’t anything new. They’ve existed long before the Avengers hit screens, and they’ll be around long after. I have no complaints about a new movie or two being released each year, but I can understand the exhaustion people are having. We don’t need an end though. We need variety. One of the issues is that every recent superhero movie is linked together and all done through the same company. While the Marvel Cinematic Universe is impressive, it doesn’t allow much separation because there are movies for each of the main Avengers leading in to the Avenger trilogy. Viewers are stuck in the same universe over and over again even though they’re able to see different stories taking place…

travelux Transportation in Paris is not very easy to understand for tourists as not only the city is very big, but also comes with several different means of transportation. Transportation in the city centre is operated not only by the metro, trams and buses, but also partly by RER trains, which are kind of a commuter rail service. Find more content about Paris on our city page! Paris is one of the biggest cities in the world and also a real centre for tourism. All of that makes transportation in Paris a crucial thing. However, the city didn’t really streamline the transportation system, making it rather tough to understand till today. Paris has different train stations Getting to Paris got easier in the last years though as there are not only the two main airports Paris Charles de Gaulle and Paris Orly, but also several high-speed railway connections to cities… View original post 1,425 more words 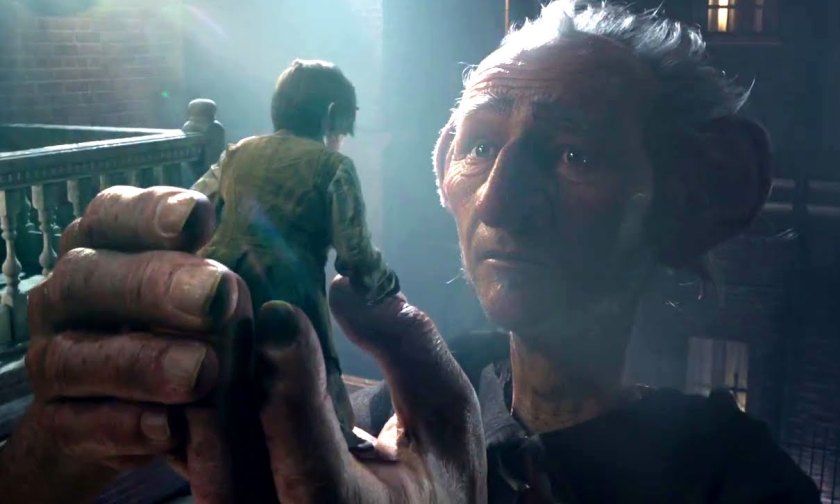 Originally posted on Jordan and Eddie (The Movie Guys):
Title – The BFG (2016) Director – Steven Spielberg (E.T) Cast – Ruby Barnhill, Mark Rylance, Penelope Wilton, Jemaine Clement, Rebecca Hall, Rafe Spall, Bill Hader Plot – Orphan girl Sophie (Barnhill) is one night kidnapped by a giant known as the BFG (Rylance) who takes Sophie back to his giant kingdom. Once there, a friendship develops between the two but so does the danger posed by The BFG’s giant enemies lead by the child eating Fleshlumpeater (Clement). “Never get out of the bed. Never go to the window. Never look behind the curtain” Review by Eddie on 5/07/2016 Steven Spielberg doesn’t make “bad” films; even his oft ridiculed 1941 isn’t actually “that bad” and lets just forget about The Kingdom of the Crystal Skull but the Great Beared One’s The BFG is certainly below middle of the road leaning towards downright average Spielbergian fare, which is a great big shame when you consider the seemingly perfectly suited combination of the famed director and author extraordinaire…