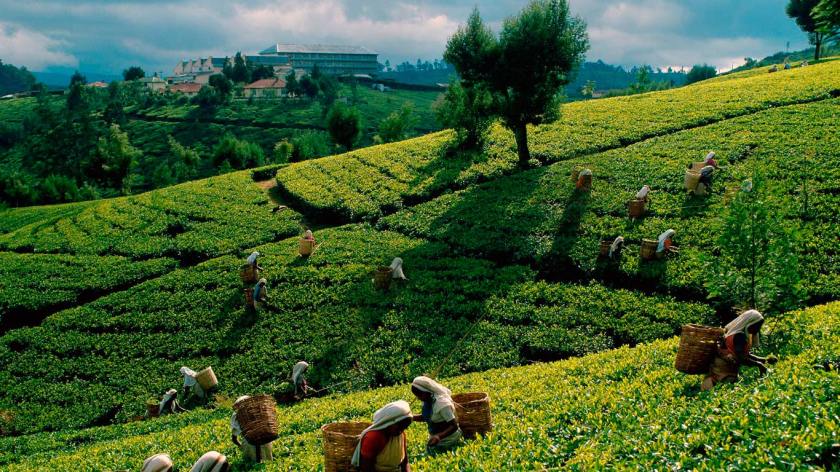 When I saw this book on the fiction shelves in Borders, I knew I must have it. The cover was attractive enough, the back of the book told me enough to know roughly what the story would be about, and also because I’ve begun drinking tea (Lipton, to be exact) more so than coffee.

Of course, what you read on the back of a book cover can barely tell you much but it can give you an inkling into what to expect from it. Where there is love and romance, there would be secrets and a likelihood of a betrayal or two. It was enough for me to pay for the book and leave.

It took me four days to finish reading The Tea Planter’s Wife by Dinah Jefferies. Four days. It’s not as short as I thought, but for me, finishing a book in less than a week is a good achievement. The last time I ever recalled having finished reading an entire book in a day or two, or staying up way past midnight to finish a book was during my college years. On the days when I didn’t have classes the following morning, I can be found in bed, reading until dawn broke. Of course, this never went down well with my mum who couldn’t see why I woke up late the next day.

The synopsis for the book as seen on Goodreads:

Nineteen-year-old Gwendolyn Hooper is newly married to a rich and charming widower, eager to join him on his tea plantation, determined to be the perfect wife and mother. But life in Ceylon is not what Gwen expected. The plantation workers are resentful, the neighbours treacherous. And there are clues to the past – a dusty trunk of dresses, an overgrown gravestone in the grounds – that her husband refuses to discuss. Just as Gwen finds her feet, disaster strikes. She faces a terrible choice, hiding the truth from almost everyone, but a secret this big can’t stay buried forever . . .

Intriguing, captivating, and  enrapturing are the best that I can come up with to describe the book. Every chapter ended with a “What’s going to happen now or next?“, which prompted me to continue reading instead of putting the book down. If I wanted to stop reading for whatever reason, I had to find a chapter where I could stop to do something else… and then picking it back up to find out what happens next, anyway. The story was too delicious and tempting to stop. I didn’t even have the chance to have tea while reading the book!

And it’s not very often that a book can successfully stir up the emotions in me and wind me up so much too. Before buying the book, I did a brief search on Goodreads and Google on the book and quite a number of the reviews said they found it hard to put the book down. Well, they weren’t kidding. When I began reading the book, I was only a couple of chapters in and I found it hard to put the book too!

There were so many questions going through my head as I progressed. There had been a good many conspiracy theories as well, as to who were Caroline and Thomas Benjamin, and why was there a grave hidden among the overgrown grass and nature? How was it possible that Gwendolyn Hooper had given birth to twins, yet one was white and the other was coloured? Did she have an affair? The typical, scumbag human brain did all sorts of somersaults, catapulting itself into a web of intricate questions and assumptions. Did Savi Ravasinghe violate Gwen Hooper on the night of the ball? What does Laurence have in common with Christina that she doesn’t leave him alone? Will Gwen ever see her other daughter ever again? What is Laurence’s secret? Was he having an affair too? Why won’t he talk to his own wife?

I had so many notions of who did what and why and how but at the end of the book only did I learn that things happened for a reason. Like I said, it’s not very often that a book I’ve read would wind me up so much. So many of my emotions were fuelled up, from my intense disgust for Verity Hooper (Laurence’s sister whom I initially thought was having an affair with her own brother – yes, I went as far as to speculate that as well) and her devious ways, the flickers of annoyance every time Christina showed up, the exasperation at Gwen Hooper’s succumbing to bursts of heat and tears when she’s faced with a problem, to the workaholic husband and typical man who’s unable to share his feelings, Laurence Hooper.

But where the superior skin colour is concerned, it’s always the inferior ones who are left to fend for themselves and live the rest of their lives marked and cast aside. It pained my heart to see how the Sinhalese were treated, even if it was a story. And it only goes to show that the maltreatment of their kind will eventually end in a riot of unity to protect themselves. It was a good book, and one of the few (besides The Book Thief by Markus Zusak) that I’d like to keep.