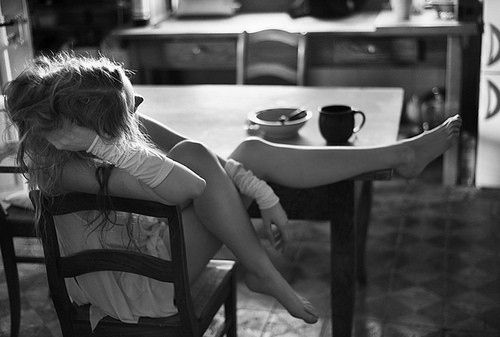 It still hasn’t really sunk in. I left my job more than a month ago, but almost straight afterwards I went to Australia and New Zealand. I spent the next five and a half weeks relaxing on the beach, drinking cheap wine and orange juice all day and visiting islands, volcano’s and Hobbits. It was fantastic and it has inspired me to travel as much as possible for as long as possible as soon as possible. Yet it didn’t really prepare me for the reality of being properly and utterly unemployed.

I’ve worked pretty much continuously for the last three years. When I was at university I started out doing short term work, like exam invigilating (where you get paid to wander around a room quietly for three hours) and event work (by which I mean working 11 hours or more behind a number of bars at a race course/festival purely so you can then apply for permanent bar work with your new found ‘experience’).

In my third year of uni I worked at the students union. I spent most of my Wednesday and Saturday nights, for the next year, working until 3:00am in our sticky nightclub – there is literally nothing worse than drunk students when you’re sober – pouring drinks and watching the debauchery. Then the very next day, after I came home from university, I started working full time in an office as a call centre/customer service drone and stayed there for almost two years. I’ve never had a full break from education or work before. I’ve always had something I should be doing, even if I rarely ended up doing it.

In theory, I have a plan. I’m going to travel for the next three to six months or so. I’m going to go to Mexico (already booked), Germany, Italy, America and Japan with the money I managed to save over the last two years. I’m not going to just travel either.

I’m going to reach out to more websites and bloggers so I can write for more people and get larger audiences.

I’m going to sell my recipes.

Well it sounded convincing at first.

Do you ever get days where you feel so inspired and optimistic that you start ten different projects, apply to 50 jobs and make all sorts of new and exciting plans and you go to bed feeling accomplished and proactive? But nothing ever seems to come of it or, worst of all, it does but you’re too lazy to do anything about it because all you realistically want to do is lie in bed, watch Netflix and eat crisps?

I worry that despite my mind’s best efforts if I’m left to my own devices I will just get lazier and lazier. Life isn’t that hard if you actually do things, but it’s making yourself do the things that’s the hard part. It’s the lack of faith in ourselves, not the world, that’s probably holding us back.

I know it may be naive to take that long of a break off traditional work. I know blogging isn’t exactly the safest or most realistic career choice. I know some people go travelling for years and then, having no recent or relevant work experience, end up spending the rest of their lives in dead-end customer service roles. We all know that’s a risk. But isn’t it better when you’re old and reminiscing about the past that you have a rich, exciting and colourful treasure chest of memories and experiences?

Isn’t that better than concentrating on work from 22 till 70, and then not even remembering why? Isn’t it best to take a break now than to have a massive mid-life crisis when you’re 40, and freak out about all the things you never did? Not travelling and seeing the world is one of the most common regrets people have on their death bed. Isn’t it better to do something about that now?