Growing up, I never had the opportunity to watch many television series, despite some of them winning a number of Golden Globes and Emmy awards. I had a curfew to adhere to when I was growing up. Completion of school work and assignments at a certain time, helping out with household chores at a particular time, and watching television at an even more limited time!

I used to have only an hour’s worth of TV time when I was growing up!

My extended TV time came when technology became more advanced and everything became more accessible. Now, everything you want and/or need is really at your fingertips with a few taps on the keyboard and a few clicks on the mouse.

One day, I found the solution to my troubles.

I can finally catch up with some of my favourite series due to the invention of torrents, which my husband uses to download his other television series too. I did wonder, however, why would I want to watch fictional characters, portrayed by actors and actresses, live out the dramas of their lives when my life alone has more than enough drama than I can digest… I haven’t found my answer yet. I can say, somehow other people’s drama can be very addictive. Especially when you have handsome young men helping you out with the drama in your life, even if it means that their presence could be the one causing all that drama in the first place!

I didn’t actually want to watch everything that I was familiar with during my teenage years, but I did find a few that I could somehow relate to. One Tree Hill was one of them, and a bit of The O.C. and Dawson’s Creek. I did get a few glances at Buffy the Vampire Slayer and Fresh Prince of Bel-Air, but the interest wasn’t there. And then I saw Beverly Hills 90210 (more for the fine young men and their rich tickles and fancies, actually). I have never really been a fan of Gilmore Girls, but I heard that they were making a comeback, this time on Netflix (which has recently been available in Malaysia).

Here are some of the television series that were more or less popular during my time in my country:

This drama series chronicles the lives of wannabe filmmaker Dawson Leery, his best friend Joey, who has been in love with him since childhood, close friend and slacker Pacey, and new girl next door Jen. Additional friends come and go, feelings change, and Dawson must suffer through growing pains. 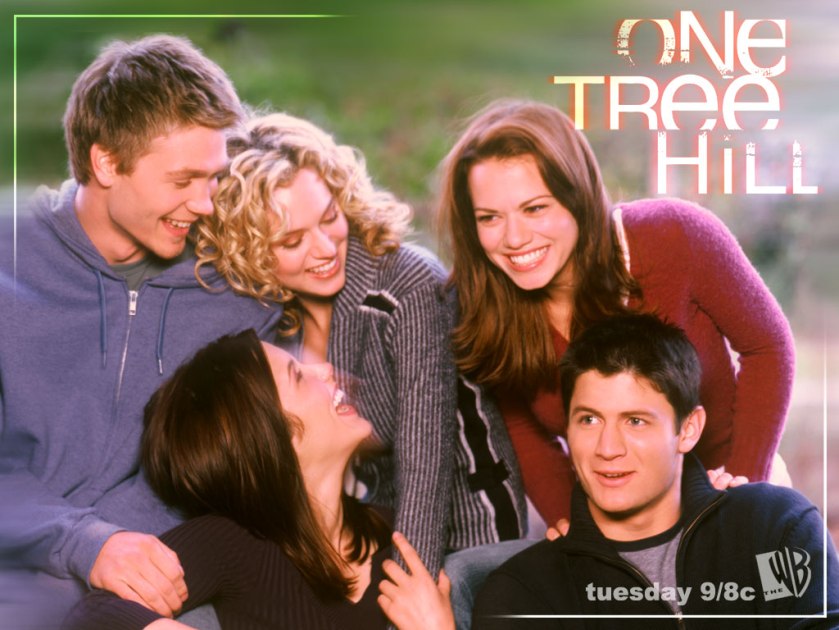 A television drama series set in the fictional town of Tree Hill in North Carolina and follows the lives of two half-brothers, Lucas and Nathan Scott, who compete for positions on their school’s basketball team. Their relationship evolves from heartless enemies to caring brothers as the show progresses, and the drama that ensues from the brothers’ romances with their schoolmates, Peyton Sawyer, Haley James and Brooke Davis. 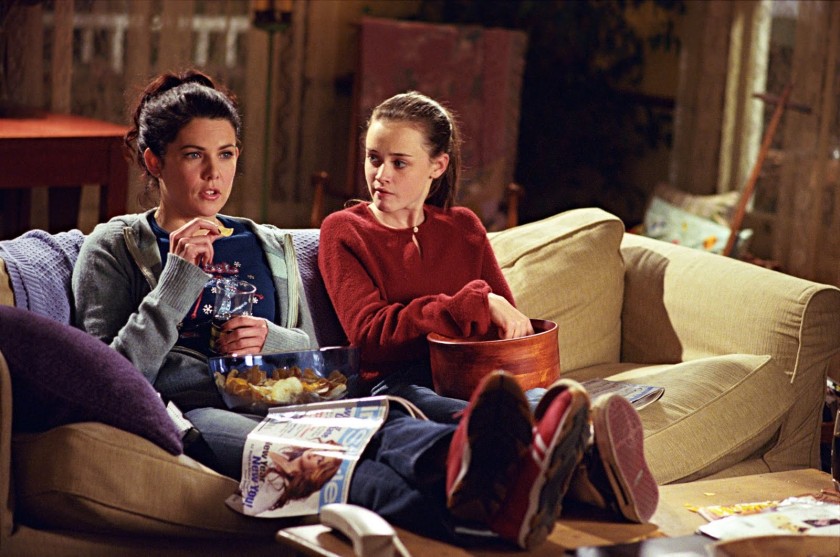 The series follows the lives of single mother, Lorelai Gilmore, and her daughter, Rory, in the fictional town of Stars Hollow, Connecticut. The town is filled with colourful characters and is located approximately 30 minutes from Hartford, Connecticut.

Ambition, education, work, family and questions of class are often brought up throughout the series. The show’s social commentary manifests itself most clearly in Lorelai’s difficult relationship with her wealthy, appearance-obsessed parents, Emily and Richard Gilmore, and in Rory’s interactions between the students at the Chilton Academy and later on at Yale University.

The series focus on Ryan Atwood, a troubled but tough young man from a broken home who is adopted by the wealthy and philanthropic Sandy and Kirsten Cohen. Ryan and his foster brother, Seth, a socially awkward yet quick witted teenager, deal with life as outsiders in the high class world of Newport Beach. Ryan and Seth spend much of their time navigating their relationships with girl-next-door Marissa Cooper, Seth’s childhood crush Summer Roberts, and the fast-talking loner, Taylor Townsend. The plot deals with the culture clash between the idealistic Cohen family and the shallow, materialistic and closed-minded community in which they reside. Also included in the series are elements of postmodernism, and provides a healthy balance of melodrama and comedy.

Saved by the Bell 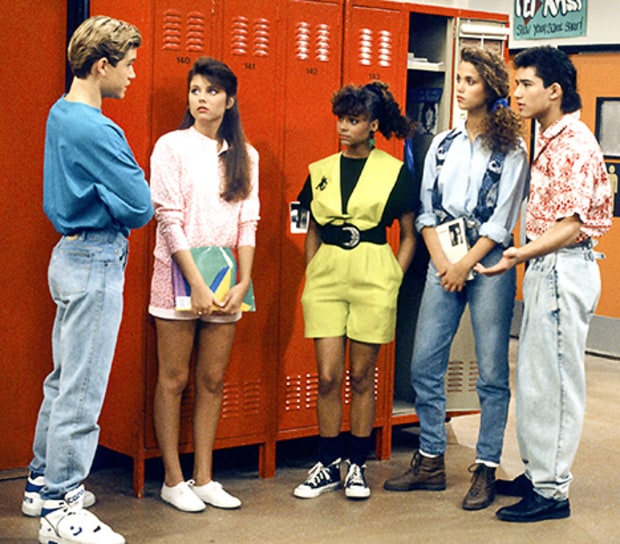 Saved by the Bell was originally an NBC pilot entitled Good Morning, Miss Bliss. The original intention was for a teacher called Miss Bliss to be the main character. However, when Disney Channel picked up the program and aired the series for one season, it was dropped after 13 episodes and NBC re-acquired the rights and decided to revamp the series as Saved by the Bell.

The sitcom follows a group of friends and their principal with a primary focus on lighthearted comedy and the occasional touch on serious social issues, such as drug abuse, drinking and driving, homelessness, remarriage, death, women’s rights, and environmental issues.

After his wife dies in a car accident, a widowed father enlists his best friend and his brother-in-law to help raise his three daughters in his San Francisco home.  Over time, the three men as well as the children bond and become a closer family.

The series narrative follows Buffy Summers, the latest in a line of young women known as “Vampire Slayers”, or simply “Slayers”. In the story, the Slayers are chosen by fate to battle against vampires, demons, and other forces of darkness. Like previous Slayers, Buffy is often aided by a Watcher who guides, teaches and trains her. However, unlike her predecessors, Buffy surrounds herself with a circle of loyal friends who eventually become known as the “Scooby gang”. 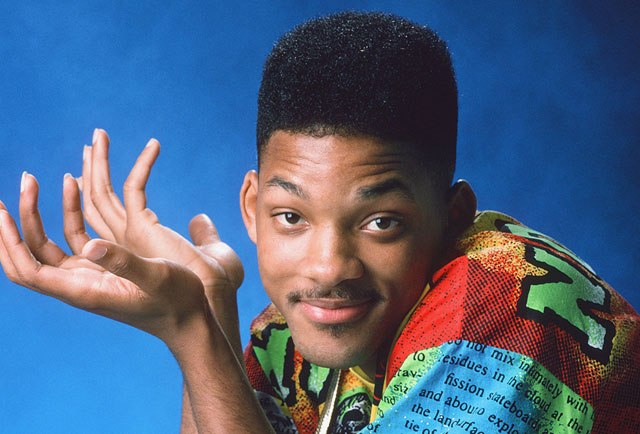 Created by Andy and Susan Borowitz

The show stars Will Smith as a fictionalized version of himself, a street-smart teenager from West Philadelphia who is sent to live with his wealthy aunt and uncle in their Bel Air mansion. The series, more often than not, covers his lifestyle clashes with that of his relatives in Bel Air.

The American television series stars a group of friends, all six of them living in Manhattan. These are their stories (line adapted from Law & Order: SVU):

Rachel Green fled her wedding day and sought out childhood friend Monica Geller, a New York City chef. They became roommates, and Rachel joined Monica’s social circle of single people in their mid-20s: struggling actor Joey Tribbiani, business professional Chandler Bing, masseuse and musician Phoebe Buffay, and newly-divorced paleontologist Ross Geller, Monica’s older brother. In order to support herself, Rachel signs up as a waitress at Central Park, a Manhattan coffeehouse where the group often hang out. At other times, the gang can usually be found at Monica and Rachel’s nearby West Village apartment or at Joey and Chandler’s across the hall.

Disclaimer: All TV series synopses have been adapted or otherwise, acquired from Wikipedia.

So, there you go. These were some of the TV series I used to follow when I was hampered by acne and the angst that came as a teenager. There are actually a lot more during the 1990s, I could talk about this all day, but I won’t. Speaking of which, what TV series were YOUR favourite(s)?