Both were popular sites for young adults, girls especially, in the early/mid 2000s. They were the perfect places to keep a “private” or public online journal, currently known as blogging.

Bebo climbed to their peak in popularity in the UK during the mid-2000s and sold to AOL for $850 million; later described as one of the worst purchases in “dot com” history. AOL sold Bebo in 2010 to Burke Capital Corporation. In 2015 they relaunched as a company that creates social apps. The Bebo app can be used to chat with friends. Why is this different from any other app? You can create a character that vaguely looks like you.

Not sure what the hell Xanga‘s doing. After several formatting changes they shut everything down and came back as Xanga 2.0. Their site suggests that they’ve been working since 2013. It appears that the launch has already happened for previous users, and will open up to new users with an annual $48.00 fee attached.

A database that, at the very least, allowed you to listen to all of the music of your favorite artists.

If you saw the Social Network, you’re familiar with the bankruptcy status that Napster experienced in 2002. Since then Napster has been auctioned off and turned into a failed Napster 2.0 in 2005, purchased by AOL in 2008, only to merge with Rhapsody in 2011. 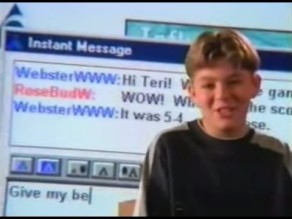 Ah AIM. Every teenage girls “haven,” and a pedophiles paradise. We all remember the creepily true jokes about online predators (a disturbing creature that is far from extinct). 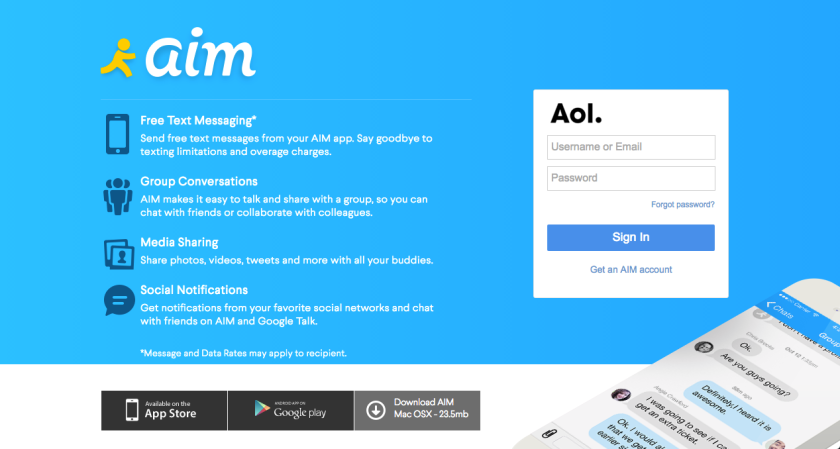 In 2008 they revamped the company and created an app for it; minus the predators. Today you can download AIM and use it to avoid texting fees (this was an issue in ’08), engage in group chats, share your media, and get notifications about social networks.

Basically everything your smart phone already does and less. 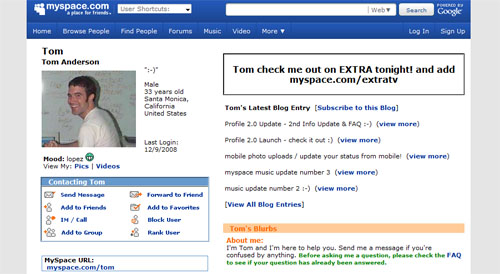 The pre-Facebook with friend lists and annoying backgrounds.

Myspace fizzled out and Facebook fizzled in. As we all quickly began to neglect our friend Tom, the network was acquired by Specific Media. The site was redesigned as a platform (and producer) for musical artists. Given the popularity of Sound Cloud, YouTube, Stream, Tidal, and Apple Music it may not be currently utilized as much they originally had hoped.