Jordan and Eddie (The Movie Guys) 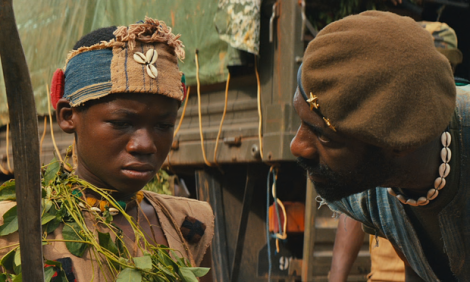 Plot – In the midst of a fiery civil war in an African nation, young boy Agu (Attah) finds himself under the command of a violent, yet charismatic commandant (Elba) who leads his band of men and boys on a path of destruction through the heart of the war torn country.

“I just want to be happy in this life”

While his early films Sin Nombre and in particular Jane Eyre marked him as a talent to keep a keen eye on, it was last year’s first season of True Detective that catapulted young director Cary Joji Fukunaga to not only be one of the brightest young filmmakers in the industry, but a unique storyteller with more than enough artistic vision to boot.

Riding the tidal wave of…